Last year, I added some «interludes» with music I like or something, you'll find the same in this new one.

I wrote some articles on this blog (10 !). I think the most viewed one was the one about TypeScript (I do not have any analytics / tracking stuff on this website so I do not have any proof though).

I did some real things again for sfeir:

And some small contributions in the articles of awesome coworkers:

I had a ticket for dotCSS and dotJS but I fucked up when planning my holidays... So I skipped the conf to stay in Japan. No report for these confs, sorry !

Interlude: A Tribe Called Quest - We The People....

That was a crazy year.

With my buddy Romain Maton, we spoke at:

Our talk was about JavaScript frameworks, communities, hype, and fanboyism. It's in french here.

It was an amazing experience. The talk at the Jug Summer Camp should be available on youtube at some time. I am not sure yet I'll be ready to make another one this year, but who knows :) (edit: I submitted a conf talk to Devoxx France, we'll see...)

I played a little more with:

I've been to some events like coding game «coders stike back» 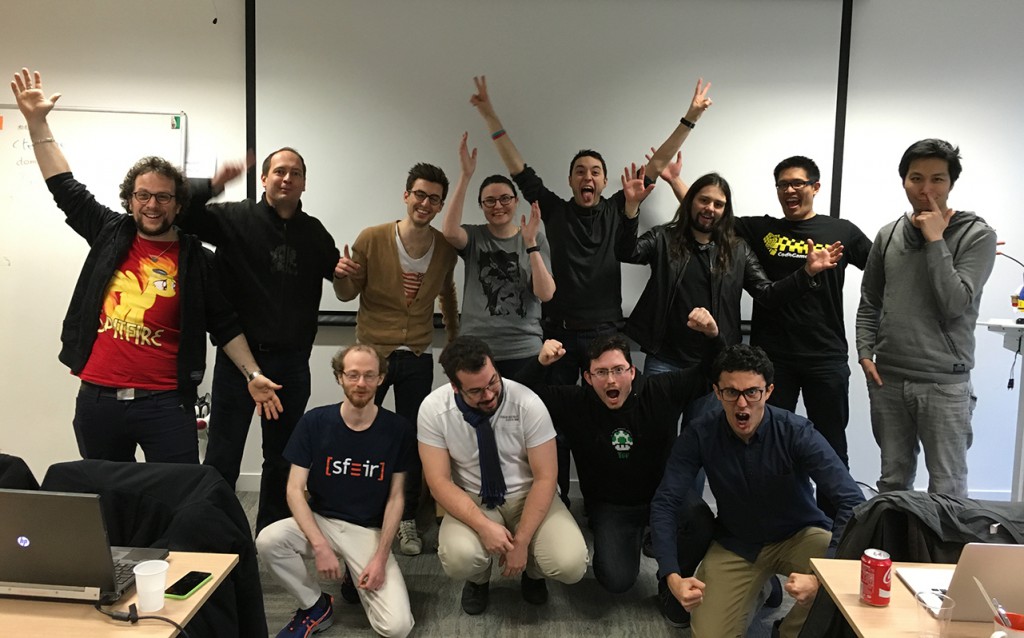 (That dude with a My Little Pony t-shirt... That is me)

My real serious side project is:

Some small projects are waiting:

And other things are still in my head. I talked last year about a secret project... I haven't started yet. Stay tuned ! It should be written in Go + VueJS.

Also, I have contributed to open source projects ! True story !

I am a big fan of jetbrains products, even though I try to spend more time in neovim.

I switched from zsh to fish, you should really try it. Fast and powerful.

I forgot when I closed my account at LastPass, but I am using pass and it is freaking cool.

I have also started a dotfiles repository with some configs.

The only thing I am still missing is configuring mutt.

I also want to find a modern and lightweight browser...

Here are some movies I liked:

And those that where below my expectations:

And some I hope to see:

That being said (written): Clerks 2 is still my favourite movie after 10 years, because:

I have soooo much things to do...

Just another interlude because I don't have extra content for you

Interlude: Run The Jewels - Legend Has It

As I say every year:

Happy new year to everybody who will have a happy year. For the others, stay strong and let's hope 2018 will be here promptly.