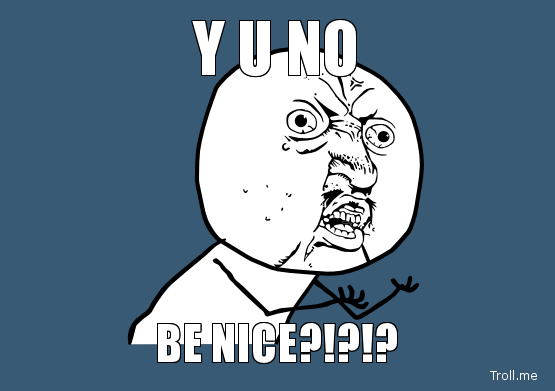 Ok, it's my fault too

I have made the same mistake. I also replied "this idea sucks" to someone, without even trying or giving it a real thought. And without thinking about how the other person could react. Will he/she be: angry / feeding the troll / do nothing ? I am pretty sure there will be no reaction, because I don't deserve one.

I admit it, my remark was stupid. Now, you made the same mistake. Everything has its advantages and drawbacks. We need this diversity and we should embrace it instead of criticize with no reason.

I will never kill «trolls», with what I want to share with you, but here are a few lines about "bashing for pleasure".

You are not alone

I just want to give you an example:

Now, how about some numbers:

(The last line is only present to prove that numbers don't have any sense.)

Both Sass and Less are active projects, used by a lot of people and with a great community. How do you understand this guy's reaction ? I don't. Sorry.

For me, the best answer to this remark was the one that came from the Sass team:

There are a lot of tools, libraries and frameworks in the interwebs. They don't have the same goal or the same maturity.

Let's stop bashing them. Let's give them relevant feedback, or better: contribution !

We will fail — and we have to, to improve ourselves, and share our experience and help our relatives to avoid making the same mistakes we made.<br>— source par @kReEsTaL (article in french)

It is good to have an end to journey towards; but it is the journey that matters, in the end. Ursula K. Le Guin

I love this tweet from Addy Osmani and the answer. I want to stop being a douchebag and I hope you will too. 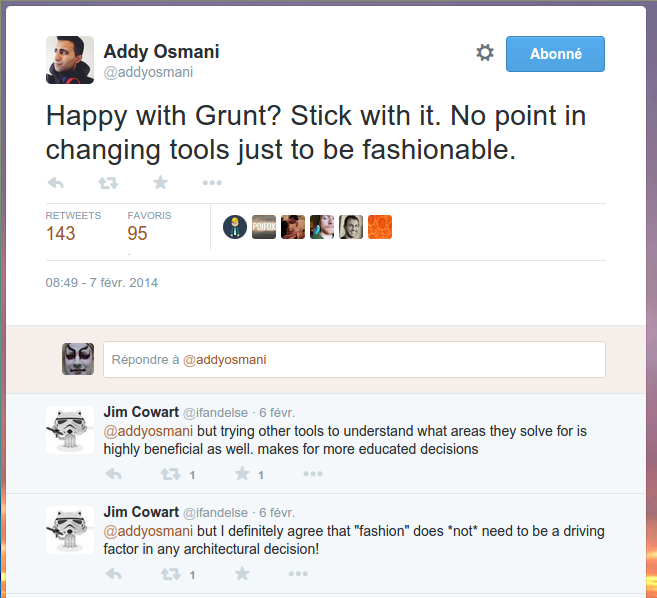 Stay humble, the noob of today is the experienced dude of tomorrow.<br>— Source, par GoOz (in french)

I invite you to read these articles: